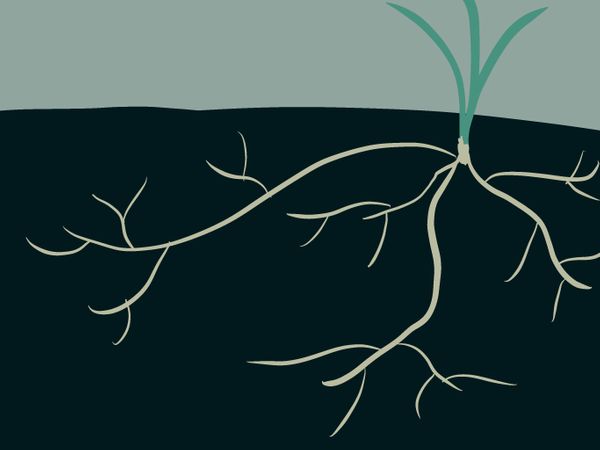 life in the bewilderness

Owning your own story is powerful. It gives your self proper personal sovereignty.

I didn't realize how soon we would get here, my children and I. To where they exercised—clearly and deliberately—command over their own narrative. But here we are. We got here very quickly.

Their narrative contains so much struggle and suffering. So much gratitude and joy. And I witness it all. I support it all.

It's bewildering here, because there is nothing I want more than to be explicit with it. Anatomize it on a table and share it because how I see their stories, how I see them living full of tenacity and irrepressible exuberance, I want to document it. I want to share it like a talisman we can all carry around against the gloom of the world. Because it is hope, plain and simple, this radical, innocent resilience. It is hope, watching them flourish inspite of and because of their struggles and trials.

But I can't—in fact, have been clearly asked not to—because it's not my story. It's theirs.

I knew this baton pass would happen. I wanted it to happen. I wanted to be ready for it. I sprinted on the track team in high school, the most time consuming part of the relay race is the baton pass. The sprinter coming in hot has to have the baton in the perfect position before they pass it off to the next sprinter, who is poised in a perfect lunge, hand back, ready to receive the baton. The next sprinter isn't supposed to look at the person who is passing them the baton, they're just supposed to feel it, grasp it, and start their own sprint before they pass it off to the next sprinter.

This happened in my motherhood, I could almost hear the snap. They didn't look back; they weren't supposed to.

This baton is their story, their identity that is theirs and theirs alone. Until a certain age, we can make some of their choices, we can control the stories we hear them tell, we have direct input into their idenities. But then, one day, snap—the baton is passed and, winded, we can only watch them run. We can only have direct input if they accept it from us. That baton, it's made up of their choices, the stories they tell themselves about themselves and about me. And I no longer have any meaningful control of it. I can only watch, cheer, coach, and pray.

It is bewildering to be here, in this place, I'm disoriented in this wilderness. This motherhood is new. Less bonding and bondage, more explosive growth and change. I don't like the particular course set before my children, the particular challenges and obstacles I see set before them. It's just too much. All I want to do is gather them up again into myself and make the world right and whole before I pass that baton.

But I can't do that.

That is the tragedy of motherhood in a broken world. I can't do that.

And I won't tell their story without their permission. Because I want to prove they can trust me with their hardest, deepest struggles. I will protect their secrets.  But maybe, sometimes, I can tell you my experience of it.

Letting go is the bewilderness of motherhood.

My wise friend looked at me, when I told her about my season of motherhood and said, "Well, Kate, think of it this way. Your son is like a plant that set out strong roots, that absolutely exploded out of the seed he was into something else entirely. He's growing up and out into the sun. But what is he growing in? He's growing in soil. You are that soil. You're still covering him. You're still nurturing him and nourishing him. He's doing all the work, all the changing and growing and struggling toward the light: but where did he get the strength? Where did he put down roots? In you, in your motherhood. It might feel dark in this season, but the earth is supposed to be dark. That's how they start to grow."

Of course, soil is the detritus of dead leaves, spent kitchen waste, being mysteriously resurrected by invisible microbes.

Motherhood has always been about letting go. The soil of my motherhood is the invisible and mysterious resurrection from the death of my selfish desires, my less-than-worthy ambitions, letting go of my body, and replacing it with something much better: the mysterious economy of God.

Sacrifice is required for life, for growth. Death first, the ultimate letting go, and then resurrection and new life.

I can't tell their story. But I can tell my experience. And here in the bewilderness, in the letting go, it's wild, brutal, and unrelenting. It's also beautiful and surprising and so incredibly real. Real real. The kind of real you have to pay close attention to see and experience. Basking in the sunset kind of real. Watching maple seeds helicopter to the earth kind of real.

There's so much joy to be held, it hurts—like it's been weaponized, an atom split apart full of devestating and beautiful power. Maybe that's the real gift of the bewilderness, if you let go well, you gain the capacity to hold it, this weaponized joy.