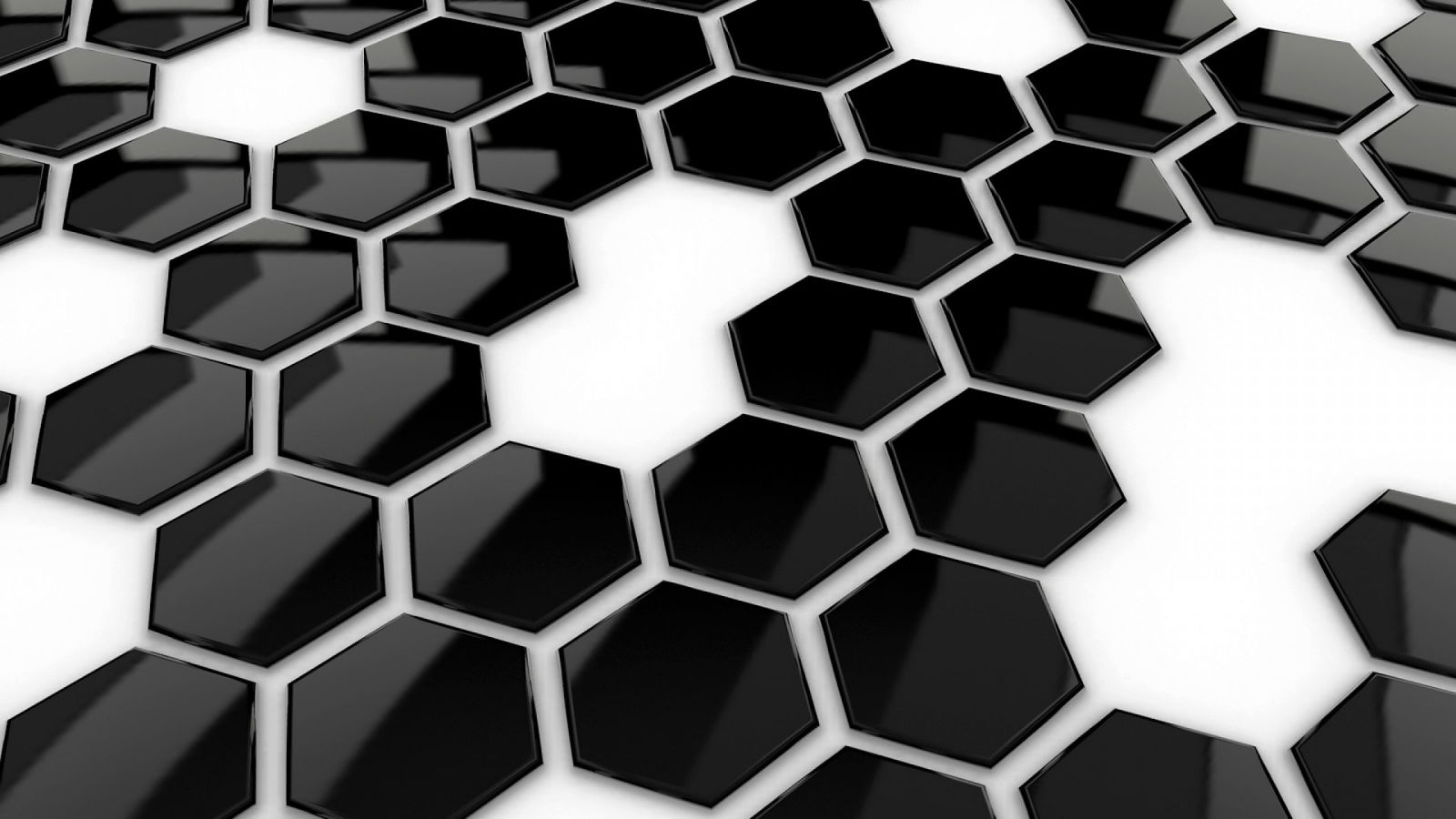 I'm a racist. Of course, no one wants to claim that. Of course, I don't do it intentionally. I didn't choose to be one, but I am. I didn't realize it until four years ago.

In April 2012, I shared on social media about an experience I had while walking out of Walmart with two little kids under the age of 3 in tow, gearing up for houseguests and replenishing an empty pantry--we had just gotten over a bout with sinusitis and were down to nothing. My one year-old was asleep in my arms while I pushed the cart, my 3 year old was dragging behind whining, on the verge of a meltdown, we were almost to the car, it was between pockets of rain. I hurried as much as I could, so heavy-laden. I hit a pothole in the pavement and the sodas and garden soil I had stacked on the bottom of my cart over turned into a puddle. A kind man came toward me quickly to help. That kind man was tall, well-built, and African American. He was wearing a baggy t-shirt and loose pants, just running errands.

This is what I did: I tensed, I hurried, I tried to avoid his eye line.

Here's what he did: he said, kindly, "Now only a mother could handle all this. Can I help you?"

He helped me to my car. I found the whole experience extraordinary. I posted about it, I didn't account for my unconscious racism. I was ignorant to it. All my white friends were moved and said things like, "well, you just never know who you'll meet" and "you can't judge a book by it's cover."

Then a good friend who was African American private messaged me. "Was it because he was black?" he said.

"Were you anxious about him approaching you because he was black? I'm black. That could have been me. Do I make you nervous?"

It was a ridiculous question because the obvious answer was "no, of course not." And yet...

That was the whole point.

Like a good friend, he and his wife pointed out to me, kindly, my glaring blindspot, my unconscious racism, and I'll never forget it and I thank them for it often. It deepened our relationship, like truth spoken in love always does.

A few months later, as the 2012 Presidential race was just heating up, the fact that Trayvon Martin wore a hoodie at night and died for it was all everyone was talking about. At a White House press conference in March 2012, President Obama said famously, "If I had a son he would look like Trayvon and I think they [his parents] are right to expect that all of us as Americans are going to take this with the seriousness it deserves." Mitt Romney, the Republican presidential candidate at the time, said that a full inquiry was needed so that "justice could be carried out with impartiality and integrity".

I read about it and moved on, unaffected. One July weekend during the conventions, I had the unusual privilege of being invited to two social events: a movie night at a white friend's house, friends who are gun-carrying libertarians and also teachers and coaches and well-educated and kind, thoughtful people. "If he had just responded to the police when he was told to, like he was told to, this wouldn't have happened. It just wouldn't've." In this house, we were welcomed warmly and listened eagerly.

The next night, our African American friends--who are pastors, teachers, scholars, activists--had us over for their son's birthday party. They had spent all day in the kitchen, making the best BBQ I've had to date. As people filtered in late--my family was on time--"Oh, right, I forgot to tell you about 'colored people' time," my girlfriend joked--I heard a different narrative about Trayvon Martin, how this could've been their brother, their shared outrage, their shared grief, they prayed to God. We all laughed watching their 2 year old son open his gifts. For the next 3 hours, we had the privilege of being in a black space.

Leading urban ethnographer Elijah Anderson has written extensively on race relations in American cities. In a recent article entitled, "The White Space," he writes compellingly about "black space" connotated as "the ghetto," the popularized concept of dangerous inner city street corners full of drug dealers and gangs, and "white space" as the neighborhoods, schools, workplaces, restaurants, and other public places that were informally off-limits to African Americans before the Civil Rights Movement and full of cultural capital they needed so desperately. He writes about how, with the surge of the new African American middle class following the Civil Rights Movement, African Americans are made to navigate complicated social prejudices and endure micro and macroaggressions as they go about their regular lives in "white space". While what Dr. Anderson writes is true and necessary, I want to challenge his definition of "black space" as synonymous with "the ghetto." For me, in my lived experience, I think of "black space" as an environment where we, the privileged whites, are the minority. To me, "black space" means taking a learning stance about what life is like for my African American brothers and sisters and showing up in an environment that I don't usually have access to, seeking to build friendship and understanding--the very act of racial reconciliation. To me, "black space" is not the ghetto, it is the safe, festive environment of my friends' home as we celebrated their toddler's birthday. We were the only white folk there, the least educated out of the group, we were awkward, we were also welcomed warmly and listened eagerly.

I want to note that all these people, all my friends, belong to the same church, and run in similar circles.

I knew at the time that this was a unique experience, seeing an important event from vastly different perspectives in a compressed time period, but I couldn't put it into words, I didn't understand it properly yet, so I treasured it in my heart. I grew curious. To hear friends say what the candidates of the same color were saying was surreal.

Then this year happened, is happening, Black Lives Matter, Blue Lives Matter, All Lives Matter, another contentious and surreal election cycle--perhaps the most ever. It's happening all over my Facebook page, all over everywhere and I can't escape it. I prayed, I thought, I grew curious. I engaged once in a comment thread on a friend's page, she's an academic and an activist, she was trying to raise visibility of the Black Lives Matter movement. Before I properly understood the origins of "black lives matter," it seemed to me that it was perfectly reasonable to say, "all lives matter." What I meant, of course, is that we're all created in God's image, we're all precious to Him, no matter how we treat each other. So far so obvious. Again, she took me on--no, no, right now, it's black lives matter. They need the visibility, she said. I shrugged and moved on, unaffected.

Now I think I finally have insight into this.

I listened to a stellar Andy Stanley sermon entitled "Skin in the Game" about American race relations in the wake of all the heartache and loss and violence and shootings. In it, he has a panel discussion with two African American men who are pastors and speakers about what it's like to be African American in America. Please, I urge you to go listen to it, it's excellent.

They point out, in that sermon, the different approaches to identity construction taken by the white community and the African American community.

White's are more individualistic, if a white guy does a bad thing, we don't carry it like it could've been our brother. That's just a crazy white guy. That's got nothing to do with me.

African American racial identity is collective: you can hear it in their address--brother, sister. If an African American man is shot or does the shooting, that could have been them and they carry it likewise.

African Americans have a very different relationship to the authorities: never reach for anything, they tell their children. Always cooperate with the officers.

As a white girl, if I ever got pulled over, my parents never issued any real instructions other than, "He'll probably write you a ticket and you'll have to mail it in."

My racism. It's uncomfortable. It's shameful. But I'm curious about it.

And here's my point, and it's a point that Andy Stanley makes much more eloquently: the early church had to massively dismantle their racism and prejudice to survive--jews and gentiles, masters and slaves, men and women--all together, figuring out how to be equal and love each other. If they didn't do that, the church today wouldn't exist.

Separate and apart from the culture wars raging, as the Church, all of us who claim to know and love God, we need to be the first in line when it comes to racial reconciliation.

And the first step to this?

I wouldn't know about my blindspots if friends hadn't confronted me about them. Ignorance may be bliss, but it's harmful and unproductive.

Third, get curious and listen.

We all have different stories and perspectives and we'll never understand each other if we don't listen to each other's stories and share our own. Seek out a "black space," an environment where, if you're white, you're the minority. A space where you can adopt a learning stance, get curious, lean in, and listen. Understanding saps anger of its might and fear of its sway. And love covers the multitude.

We must create a space where we, as brothers and sisters in Christ, as the Church, can have these difficult conversations about race in America. Let the healing start with us.

Please note, prior to posting this, I sent it to all unnamed parties to read and comment on. Their comments were helpful and very insightful. This subject is tender and I'm trying, to the best of my ability, to treat it as such.