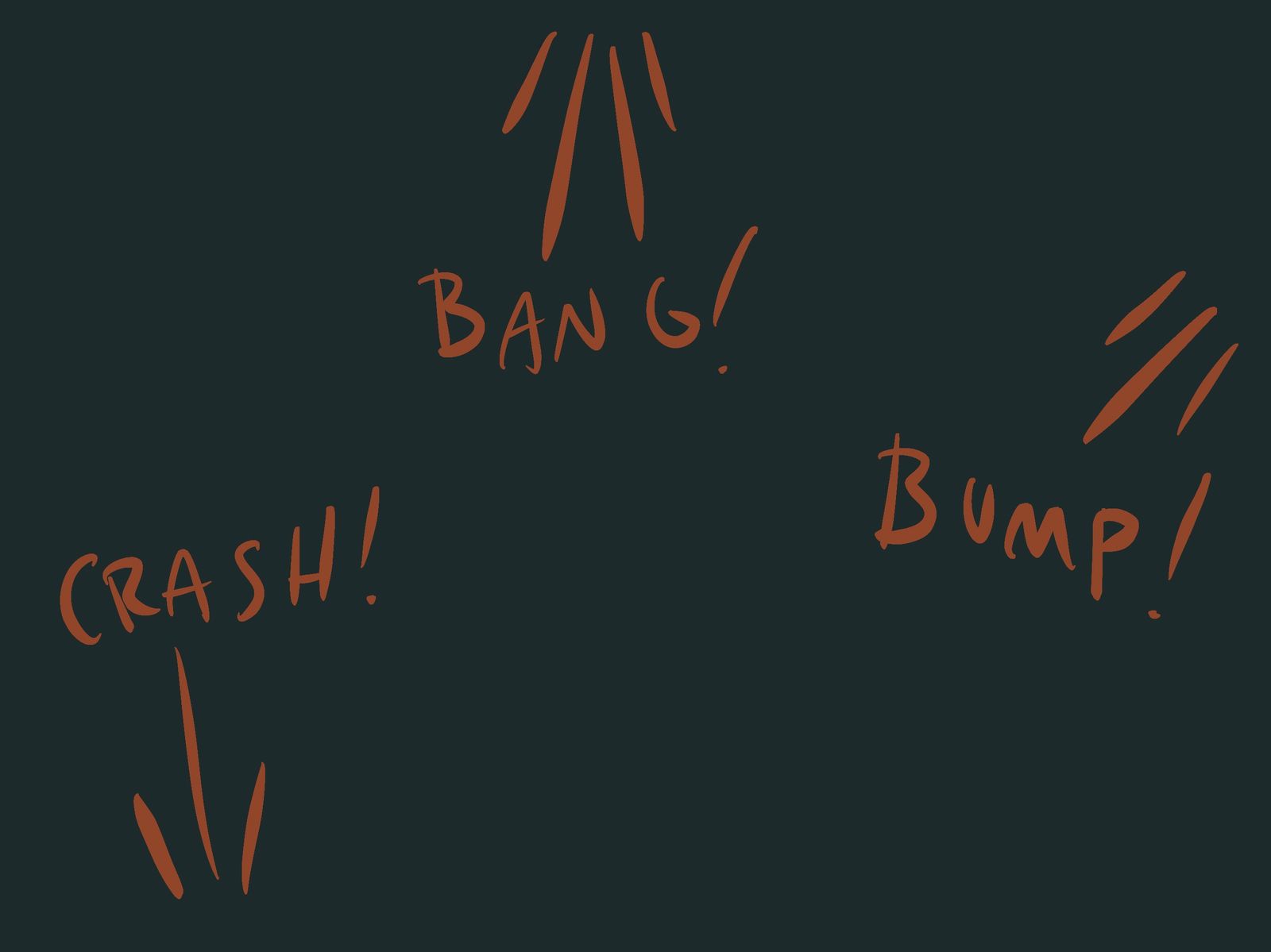 bump in the night

Recently, something very large and significant went bump in the night here. It was the kind of bump that signaled help, the emergency kind, was necessary. Everything is fine now. Right and whole. But since that very big and significant bump, my entire system primes for action when I hear anything go bump in the night. One thud and I sit bolt upright in bed, ready for battle. I have been doing this a lot lately, sitting bolt upright in the middle of the night. A pair of squirrels moved into the eaves above my bedroom. Crash-bang-bump. Every night. With each crash and bang and bump, every single piece of me—mind, body, spirit—responds as if there was a genuine emergency, as if we were about to burgled or the lives of my children were in danger. But it’s not life or death. It’s not a crisis. It’s just the freaking squirrels frisking around in their leaf nest between the joists above my bed, trying to get comfortable.

Builder-husband bought a trap. We loaded it with peanut butter and peanuts. For days and nights, we waited, hoping each crash in the attic would be the last. Finally, a week later, we heard the trap click through the ceiling. He rushed up the attic ladder only to find the trap sprung and the bait gone. Squirrels 1, sound sleep 0. He reset the trap and got out the ancient pellet gun from his foregone youth spent tramping in the woods. For a couple of weeks, we didn’t know how they were getting in. The break-action pellet gun sat in the garage, waiting to be called into service. Weeks of crash-bang-boom and bad sleep.

These squirrels remind me of the bad thought patterns we can fall into. Triggers that sound a lot like old abuse from families of origin or that one time a friend betrayed you. A situation or circumstance seems similar enough and our most basic brain takes over without a conscious thought. It tells us all kinds of stories we’re prone to believe. Crash in the night: you will be abandoned again, best not get too close. Bang: you will be wrongly accused again, best to go on the defensive now. Bump: You don’t belong here, best not share your truest childlike self. We repeat the bad patterns of relating we’ve inherited because we don’t train ourselves to recognize the subtlety of the thoughts that trigger us, the different sound of the bumps in the night. Worst, we don’t even know how the squirrels got in the first place.

At night, when the squirrels went bump, instead of letting myself get primed for battle, I began laying still and listening to the sounds of the crashing and banging. What direction were they coming from? Was there any scraping? The crash-bang-bump of the squirrels came with scraping of claws on 2”x4”s. Subtle, but different from the bump I was rightfully primed to respond to. On clear winter days, late in the afternoons, I sat outside and watched the roof over my bedroom, trying to see if I could catch them where they got in. I watched and waited. The trap in the attic sprung again, bait gone. If I could just figure out how they were getting in, Builder-husband could reinforce the area, close it up nice and tight. One afternoon, finally, I saw them. They moved a small piece of soffit and disappeared. Builder-husband went immediately into “I can fix it mode”—he closed the small opening strong and neat with steel reinforcement. He delimbed the branches from the trees that surround our house in the woods so they couldn’t even jump to it anymore. We heard them once again, maybe twice. But not since. It’s been quiet. We’ve been sleeping well.

I’ve been praying for that peace of mind God promises to us in Philippians 4, the one that guards our hearts and minds in Christ Jesus, when we choose not to be anxious, but instead to pray. Not to be afraid of things that go bump in the night, but instead practice gratitude. Not to believe those bad thought patterns, but instead to dwell on the beautiful, genuine, true, and excellent things. For a long time, I thought the peace of Christ was some kind of mystical, mysterious protection. You waited for it the way characters in bad science fictions movies waited for unlikely rescues. It is that, but it’s also plain old tedious work. The peace of Christ requires our preparation and participation. It’s preparation that’s a lot like dealing with these stinking squirrels. Instead of assuming the worst story, we have to learn to be still and listen for the subtle differences in circumstances. We have to inspect our unconscious stories, motivations, and intentions, camping the site to see how the bad thoughts, those noisy half-truths that go bump in the night, are getting in. They don’t belong there, we are the ones who have to remove them. We have to set traps and catch the critter alive, so we can look at it and really see what we’re dealing with. The participation comes when we find how they’re getting in. We don’t just accept it, we channel our very best Builder-husband in “I can fix it” mode. We jump right to work using all the at our disposal, maybe even getting some new ones. We reinforce the hole. We load the pellet gun just in case.