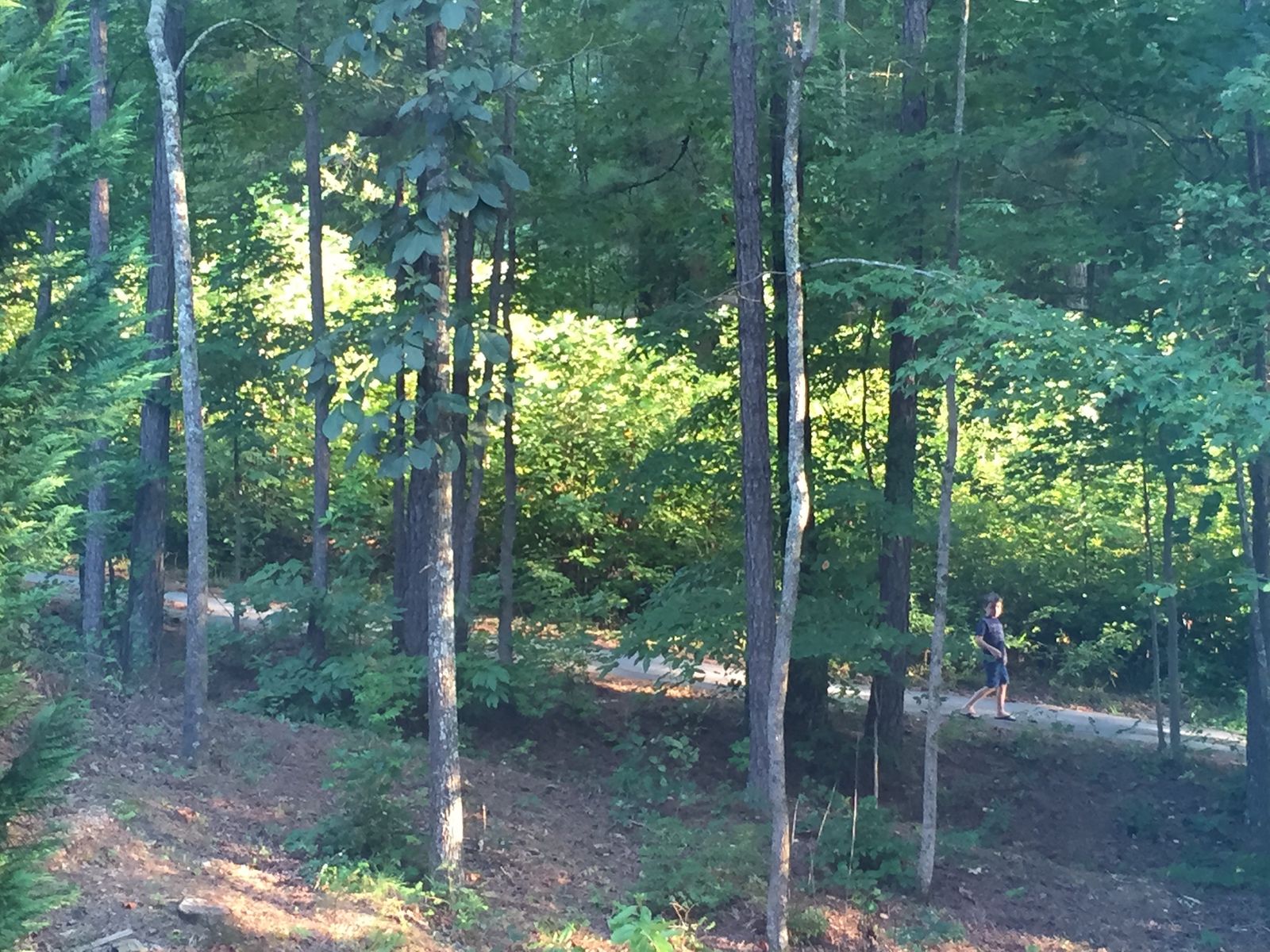 It’s the beginning of the school year. If I weren’t homeschooling, Connor would be in kindergarten. I don’t get the landmark moment where children and parents steal themselves for separation at a classroom door. This is what I have to remember instead.

Last night, I watched Connor run down the hill into the woods on his way to Uncle Karl’s new house, the one his father and grandfather are renovating just up a slender stretch of quiet, private driveway. He was visiting them just to say hello. He’d asked if he could go up on his own, since the younger kids were so tired, we’d had a busy day. When I said yes, he beamed. He got his shoes on in a hurry.

“I’ll teach you how to tie your laces soon,” I assured him as I bent low to tie them. He sprinted out the door almost before I had his laces tightened. I watched him out my West-facing study windows at my desk; I was half playing pretend with Finnly while Josie whined at my feet.

“You a bad guy, pew-pew.” I slumped over the desk, playing dead. I kept my head aloft enough to watch Connor’s progress, while I strained to pull Josie on to my lap. His figure was longer than I remembered, seeing it so far away. I never see him from a distance. I keep my kids close to me, as a mother. It’s a conceit of homeschooling. He was alone and so proud. Shining, really. I saw it in the way he moved, light on his feet. His movements can be awkward and angular, stiff, especially if he’s tired. He’s not very graceful. But in that moment, in the slanting light of the setting sun, dappled as it filtered through the leaves of the towering trees overhead, his steps were long, his head was high, he floated a little bit as the leafy patches of sun and shadow rolled over him.

Maybe it was just the momentum he gained while striding down the hill, maybe it was his dawning sense of self-sufficiency. For the first or maybe second time in his five years, he was in control of himself, in command. Off on his own adventures, master of his own destiny. By himself. That little stretch of cracked asphalt, that narrow driveway that connects our houses, it was his road, his country. He owned it all. Himself, the land, the mission. At least, that’s how he walked.

Josie sucked her thumb and laid her head on my shoulder while Connor slipped out of my view and on down the lane.

“Why you not dead anymore?” Finnly asked.

“Night night, Baby Jojo,” he said and went on to slay some of his teddy bears. I cuddled Jo on my hip, walked to her East-facing bedroom, kissed her forehead, and laid her down in her crib. It was darker on this side of the house, under the trees, the sun slipping toward the other side of the world. He’ll be home soon, I told myself. Caleb knows he’s coming. His Daddy won’t let him walk home alone in the dark.

I don’t have first day of school pictures, the kids scrubbed clean and dressed properly, holding adorable signs announcing grades, their lips curved into nervous smiles. I get this moment instead. This moment where my firstborn son glides out of my sight, where it’s just him and the wide world around him, the world full of chirps and buzzes, full of brambles and poison oak. Where the baby needs me and the light is fading and the dark is falling and I cannot see him. This moment where is he elsewhere in the world and I am not with him and he is so happy about it. This moment where he’s heading toward humming chop saws and thumping hammers, lighting out on his own toward his father, toward manhood even if it is just to say “hello.” 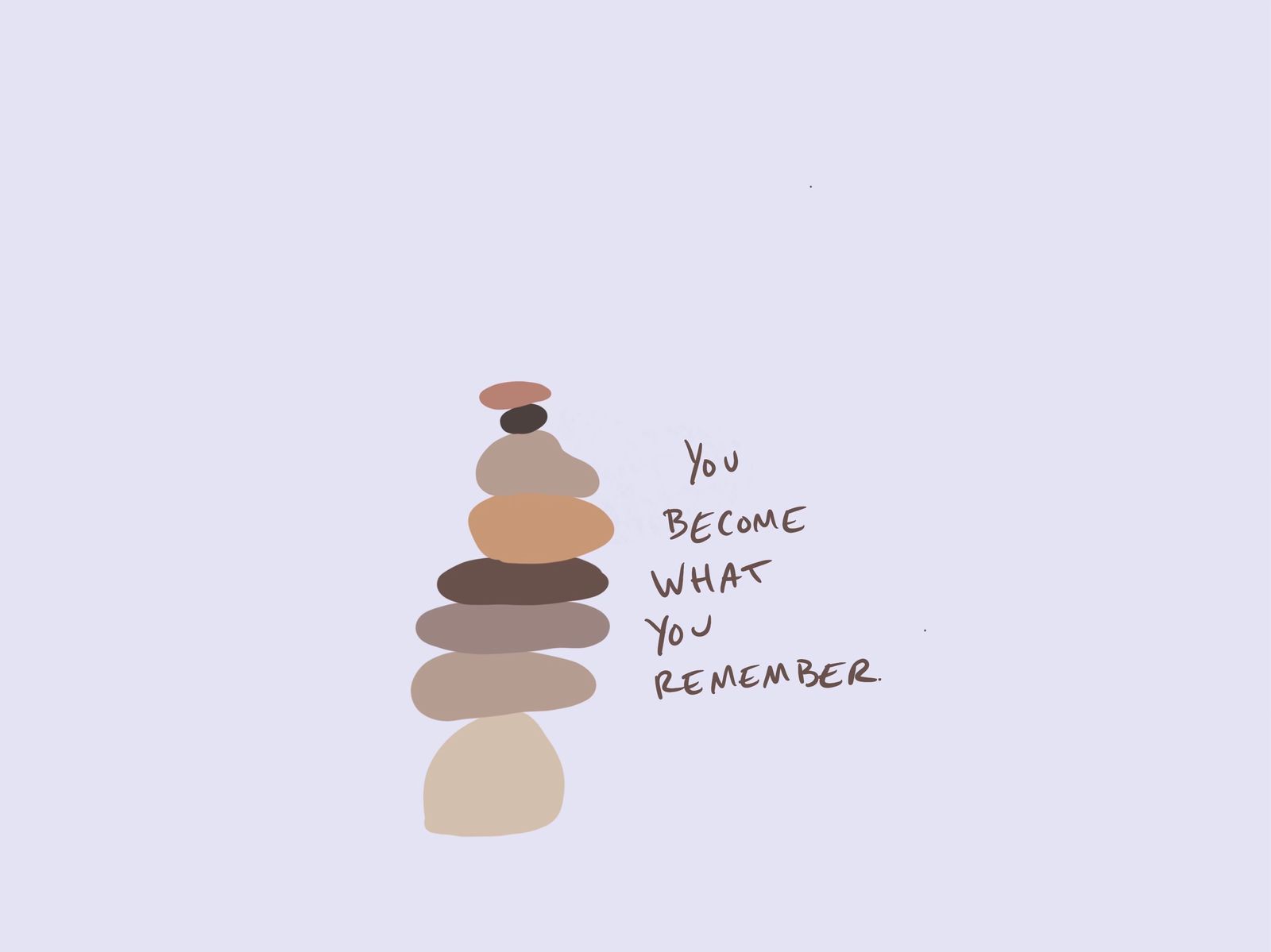