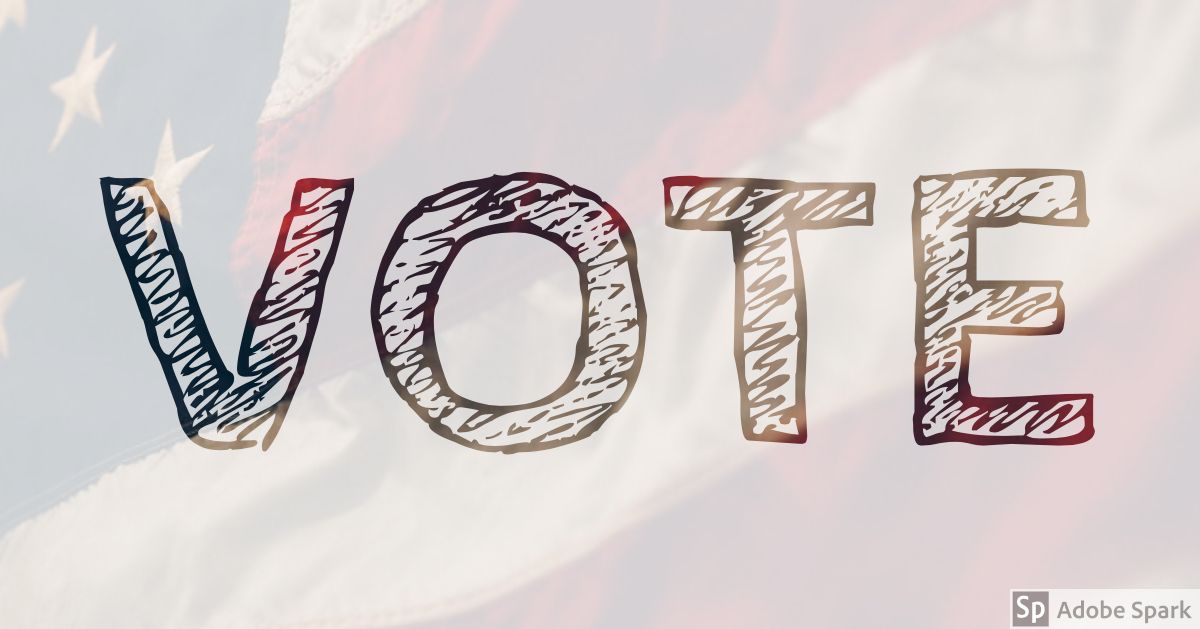 I walked into the park rec center to do my early voting. The line wrapped around the wall, into the gymnasium. I towed my chattering almost 4-year-old daughter by the hand. The cross-section of humanity was astonishing: tall, short, old, young, black, white, men who were perfectly manicured, men who were disheveled and a little bleary-eyed, women in pant suits, women in yoga pants.

An older black man with kind eyes in a Harley-Davidson leather jacket queued behind us as we took a step or two forwards, toward the cleared conference room where we would cast our ballots.

Josie clung to my leg.

“Not once you get to know her,” I laughed.

“I have a granddaughter about her age.”

I almost responded: “I have a Dad about your age.”

He dug out his phone and showed me pictures of his granddaughter and grandson, who live in Wisconsin with his daughter and her husband. He swiped from a picture of the kids in Halloween costumes, he didn’t really know who they were anyway, to one of the whole family in front of the fire place, surrounded by pumpkins. His daughter was tall and well-kept, bright dark eyes like his. His son-in-law was a doughy white man with white-blonde pin curls. He smiled like he couldn’t believe his good luck to have this family with this woman, this many pumpkins. The kids looked rangy, like the real candy was just outside the door, waiting to be collected, if only they could get to it.

“I was an assistant principal up there, for, oh, at least 35 years,” he told me. “I retired here. Bought a small house. I don’t miss the winters there at all. I do miss my grandbabies though.”

We chatted for the next 15 minutes as we serpentined through the line. After we crossed the threshold to the conference room, we went silent. The whole room bustled with hushed activity.

There’s a sacredness to voting that surprises me every time. It’s like going to church or the library. There’s a cross-section of people who might not interact anywhere else otherwise instantaneously rendered as equals. The quiet privacy of a voting booth, the procession of it, the cadence. It’s like taking communion or checking out a book. Everyone is different, but the same. Doing something public that is also so private, an intersection of communal trust and personal solitude.

A poll worker asked a woman in her sixties, helping a woman in her nineties—probably her mother, judging by their shared nose—if she needed anything else. She whispered: “Thank you, we’re all set here. You’ve been so helpful. Now she just has to finish making her choices. This might take a while.”

Maybe this is too idealistic, maybe it’s not true. But I believe it anyway. I believe that everyone leads with their conscience when they walk in a voting booth. Whatever their way of thinking is, that’s what comes out on the ballot. It’s not a perfect system, we aren’t perfect people. It’s actually an incredibly risky proposition: that we the people know what’s best for us. There’s a sacred, beautiful, fragile, ridiculous trust in voting, in government by the people for the people.

Connor is studying recent American history this year and it hurts to read it almost every single time. Our history is brutal. Even with all the shining progress and invention, the forward-minded reforms, the hungry westward expansion, it’s still full of oppression and genocides and racism. We don’t varnish any of it. I try, as much as possible, to get him to see how the past impacts and interacts with the future. How we are heirs to an inheritance we didn’t get to choose, how we can talk about it, and, I pray, change the script. At one point, after reading about the 1880s: tenements, people fearing new immigrants, newspaper sensationalism, corruption in the government, rampant economic growth. I sighed and said, “you know, this is still going on today.”

He looked at me, gob smacked: “Wait, you mean you guys haven’t figured this out yet?”

No, baby, we haven’t. We really haven’t.

I hold on to this when I read about politics now: I try to see passed the politics, the positions, the beliefs, the bluster, the accomplishments, the wealth. I try to see the people. Only the people.

The wizened woman in the wheelchair.
Her patient daughter.
The poll worker who helped them.
The tired new dad, his infant daughter sleeping in a carrier.
The grandfather in line behind us, who is as old as my dad and misses his grandkids.

I waved at my new friend as we walked out the conference room door, toward the rest of our errands. He waved back.

Politics, ideally, is this: How can we best love our neighbors?

And remember: Everyone is our neighbor.